Diet and Nutrition | General Health & Wellness | About Us 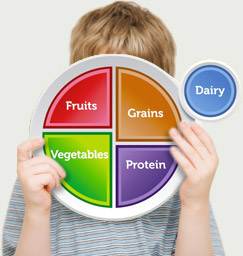 The important nutritional needs of children

Kids bodies thrive on fruits, vegetables and whole grains
Children ages 2 to 12 need to have five servings of fruits and vegetables per day -- in fact, according to the US Dept. of Agriculture's MyPlate recommendations, these should account for half of the child's daily food consumption (see image at right).

Children need nutrients to build good brain cells, to build a good immune system, to build healthy skin. If you're missing a nutrient at a critical moment, it's like missing a piece of steel in the foundation of a building. That building is never going to be as robust as it could be if it had all the steel at the right time. If you have all the nutrients at the right time, you build a healthier child.

Limit the amount of sugar, salt and empty calories that children consume
A lot of the drinks, cereals, snacks and fast foods marketed to and for kids are high in sugar, loaded with calories and short of nutrients. Fortunately, a healthy diet allows for a limited amount of added sugar. In order to keep sweets and empty calories to a minimum, however, consider these tips:

Help your kids grow healthy
The average childrens' diet today is often lacking in the nutrients kids need. But if we want our children to be healthy, we must teach them well, exemplify proper behaviors and give them the nutrients they need to build a healthy foundation for their future. To learn more, visit the US Dept. of Agriculture's Information Center for Child Nutrition.

Of course, diet is only one factor in helping our kids grow safe, healthy and happy. The CDC provided a wonderful list of parenting ABCs.

Honolulu, Hawaii: Foods rich in nutrients called flavonoids (particularly a specific type called anthocyanins) may help protect against Parkinson's disease, it was reported at the American Academy of Neurology's annual meeting. Anthocyanins are found in berries and other red and purple fruits and vegetables.

Researchers studied data on over 49,000 men who were part of the Health Professionals Follow-up Study and more than 80,000 women from the Nurses' Health Study. Using diet questionnaires, scientists calculated the amount of flavonoids people consumed. Over a 22-year period, men who consumed the most flavonoids were 40% less likely to have Parkinson's than those who ate the least flavonoids. And while this study found no correlation between women's risk of Parkinson's and flavonoid consumption in general, the anthocyanins class of flavonoids DID appear to offer protective properties for both men and women against the development of Parkinson's disease. 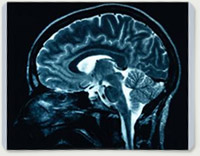 Strokes on the increase in young adults

Atlanta, Georgia: In an alarming new study, researchers discovered that strokes have increased 30% or more in young people. Scientists from the U.S. Centers for Disease Control and Prevention (CDC) studied ischemic stroke hospitalization data from 1995 to 2008. (Ischemic stroke occurs when blood clots block or plug a blood vessel in the brain. Over 80% of all strokes are ischemic.) CDC researchers found that ischemic stroke rates were 30-37% higher among those aged 15-44.

Skyrocketing cost of obesity in America

"This study shows that the toll that obesity takes goes beyond impairing the health of the individuals to imposing a major burden on the entire health care system," said Carolyn M. Clancy, MD., AHRQ director, in a press release. "Reducing the prevalence of obesity and its complications is an important priority for the nation and requires focused and constant attention."

Researchers also found that 25-64% of state-level obesity costs are financed through Medicare and Medicaid. Figures confirm that obesity is a large, preventable part of the country's medical costs. 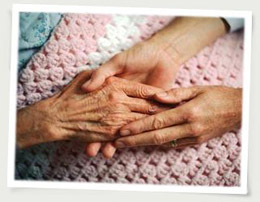 Alzheimer's was the most common type of dementia diagnosed in the study. Those diagnosed with diabetes were 50% more likely to get Alzheimer's than those with normal glucose levels.

Join our discussions:
Other Popular Posts
+ Add your comment
▲ jump to top of article

Subscribe to our RSS
Information provided here should not be relied on to diagnose, treat, cure or prevent any condition, disease or illness. Please consult with your physician or health care professional for guidance on any health concern. NebraskaHealth.com is a commercial website and is not affiliated with any government agency, university, or private medical center. COMPENSATION DISCLOSURE: This site may be compensated for products promoted here. Read our Privacy Policy and Terms of Use.